The toughest question we ever get from owners is, ‘Could more have been done for my pet?’ 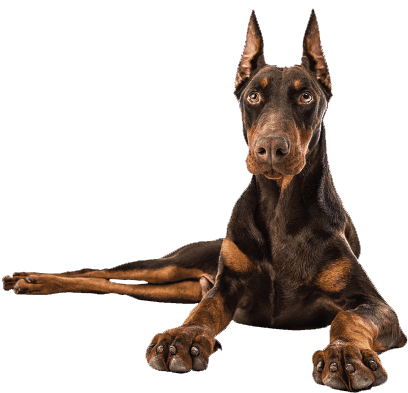 Sinbad presented 3 months later in January 2015 to one of CVCA’s 24 hour care emergency facilities after having collapsed in the yard. It was reported that he had some minor coughing over the previous few days. Physical examination revealed a heart rate of 280 bpm with coarse lung sounds on the right. An EKG showed aggressive ventricular tachycardia with a rate of 280 bpm. Sinbad was hospitalized to treat his ventricular tachycardia and acutely worsening heart failure due to his extreme tachycardia. Sadly, Sinbad suffered cardiac arrest within 30 minutes of presentation. The CVCA cardiologist met with the family and discussed what had transpired. The owners asked if anything could had been done differently to help Sinbad to have avoided this tragic situation. They were now aware of the severity of his initial disease diagnosis and did not even know he had been diagnosed with an arrhythmia previously.

Brutus went to his veterinarian for a follow-up ECG 2 weeks later. The ventricular arrhythmias appeared improved and he was in a normal sinus rhythm. A Holter monitor was performed 2 weeks later that unfortunately demonstrated persistent short runs of ventricular tachycardia during activity. Mexiletine was added in to his anti-arrhythmia regimen.

Brutus returned to CVCA earlier in March 2015 for a recheck. His echocardiographic changes were quite stable and his rhythm was judged to be well controlled as well. The owners were very pleased with his quality of life and profusely thanked their veterinarian for having found his original physical examination issues and his prompt referral of Brutus to CVCA. Brutus’ family was counseled again on symptoms to monitor for in regard to congestive heart failure. They understood despite Brutus’ stability that problems could still happen. They were advised of CVCA’s 24/7 availability for phone consultations should problems arise during non-business hours. Brutus continues to do well and hopefully will continue on this stable path with the continued guidance of CVCA and his primary care veterinarian.

Certainly some aspects of heart disease are out of the control of humans regardless of their expertise, and dogs and cats with heart disease may have different outcomes despite similar therapies. The benefits of an in-person evaluation by a board certified cardiologist include a complete cardiac physical, review and interpretation of pertinent medical history, radiographs and lab work, and correct technique and interpretation of the echocardiogram. Additionally, clients are present during the echocardiogram to help them fully understand the disease process and reasons for treatment. CVCA doctors are committed to working with the primary care veterinarian of all of our mutual patients to continue to ensure that the pet is appropriately managed. To provide the absolute best outcome for heart disease dogs and cats, prompt referral to a cardiologist will provide the best possible results for you and your patients.